Polar Inuit Hunters-Dogsledding frozen Baffin Bay, Greenland
Polar Inuit hunter Angit Umaq lives in Qaanaaq, Greenland the world's most northern community.
Umaq travels by dogsled along Greenland's western coastline in winter looking for seals, walrus and polar bears to hunt for food and clothing. The dogsled trip will take nearly a month. He will visit a few scattered relatives in tiny villages along the coast during his journey.

Story Summary;
The Polar Inuit hunters leave Qaanaaq, the world's most northern community with their dog teams heading south along the western coast of Greenland."A hunter without dogs can be considered a half hunter," goes a Greenland folk saying. The relationship between Greenlandic sled dogs and the hunters is an inseperable bond. To survive the harsh and unpredictable conditions of the high arctic, the early Inuit had to get by on what they could kill. Having dogs often meant the difference survival and starvation. In leans times dogs were eaten. The dogs are not pets.They are working class animals. If a dog does meet the standards of his hunter/master he is cut loose from the gang line to test its resolve on the sea ice. The Inuit continue to hunt in the ways of their ancestors. By law they are allowed to hunt polar bear if done so by traditional means. This story was created while spending two weeks with a group of Inuit hunters and their dogs on frozen Baffin Bay documenting life on the ice. 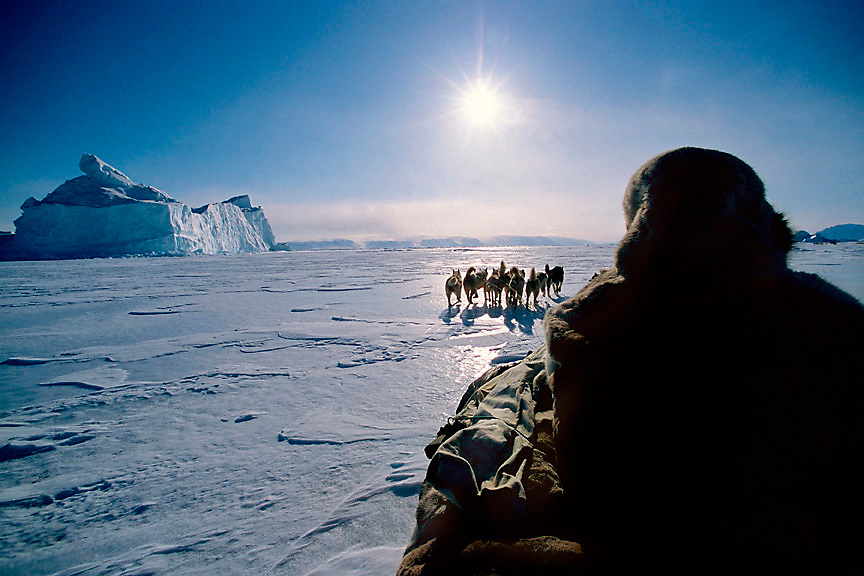